In disagreements, we need to open our ears and heart. In this speech by Charles Murray on the Dying Art of Disagreement published in The NY Times September 24th, Murray says “…what makes our disagreements so toxic is that we refuse to make eye contact with our opponents, or try to see things as they might, or find some middle ground.”

We are witnessing a rapidly growing toxicity of arguments, protests, demonstrations and disagreements. Frustration is at an all time high with fake news, opinions blasted blindly and relentlessly, and lack of being heard or respected. Intolerance for others’ points of view has accelerated. Murray pointedly states, “any argument that can be cast as insensitive or offensive to a given group of people isn’t treated as being merely wrong. Instead it is seen as immoral, and therefore unworthy of discussion or rebuttal.”

These judgments are uninformed and poisonous.

Today, opponents in disagreement increasingly vilify and personally attack each other. Not just in politics, but on social media, at work and in our communities.

– Instant gratification spills over to having an opinion be accepted now, not after consideration and sharing.

– No wisdom results; confusion is the result.

– Change requires combat and destruction; someone must destroy the other to win.
The beautiful thing about the entirety of Murray’s message to in his speech journalists is that he summons his learned wisdom about disagreements to deliver a message we all should hear: “to disagree well you must first understand well. You have to read deeply, listen carefully, watch closely. You need to grant your adversary moral respect; give him the intellectual benefit of doubt; have sympathy for his motives and participate empathically with his line of reasoning. And you need to allow for the possibility that you might yet be persuaded of what he has to say.”

When you are feeling frustrated with what another person is saying or another group is promoting, pause to ask yourself:

1. Am I making an attempt to understand their background, position and intention?

2. Am I granting them the respect I would expect to be given, at least until they prove less worthy of respect?

3. Am I connecting with sympathy for their motive?

4. Am I showing empathy, communicating in a non-violent and active listening way, so they know they are heard?

5. Am I open to the possibility that my position might not be 100% right and that something in their intention or words may help me see truth in their position?
These five questions will help us open our ears and heart to what disagreement can teach, build and deliver.  These are timeless wisdoms for a fair, just and democratic way of living. Charles Murray’s speech is worthy of our reflection. 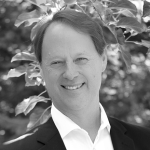